A Brief History Of Online Poker 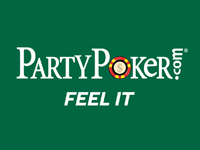 Online poker has been running for over 10 years now, starting back in 1999. Party Poker was among the first poker rooms to spring up, as they had been running an online casino for a few years, and after seeing Paradise Poker start up an online poker room, they wanted in on the action as well.

So Party Poker has been around since the very start of all of this, and in fact instantly became the number one online poker room in the world. So for starters it’s great to know that you are dealing with not only an industry leader but one with a long, rich history of successfully offering online poker to millions of people over the years.

Poker rooms have come and gone since, and with a lot of the smaller ones there was always the risk that they would go under and not be able to make a successful go of it. This ended up happening to a lot of poker rooms, and in most cases players got their money back, but in some instances they didn’t.

So even if you only had a few bucks there, this was often all you had and losing it was definitely a blow. If you had more, well the pain was of course greater. At best, even if you did get your money refunded, this was a real inconvenience as you had to wait until they got their act together and gave it back to you.

So needless to say, this has always been a concern, and it had players gravitating more to Party and other larger operations out there, such as Poker Stars, Full Tilt Poker, Ultimate Bet, and Absolute Poker. They wanted their money protected, and bigger was thought to be better.

The Empire Tries To Fight Back

Then the American government passed a law prohibiting companies from doing financial transactions with U.S. residents for the purposes of “illegal gambling.” However, at the time, there was no jurisdiction there that made gambling illegal. Their government still was trying to rely on the Wire Act, an old law designed to keep bookmakers from taking bets over the phone.

However, prior to this, the U.S. courts ruled that the Wire Act clearly did not apply to online poker. So this new legislation had no basis in law, not that online poker rooms were subject in any way to U.S. law anyway. Still though, most online poker companies pulled out of the U.S. market, based upon the intimidation that was being used.

The Americans can take down whole countries, kick out the dictator, and put in another one more friendly to them, so these guys aren’t to be messed with, and it doesn’t really matter if the law here is bogus, as it clearly was. Party Poker was among those who used caution here and got out of this mess immediately.

While the other online poker companies merely got out of the fray here, Party Poker actually went one big step further. The Americans were looking to fine everyone for offering poker to its residents prior to the new law, based upon their claim that the Wire Act made it illegal for them to do so. Once again this had no basis in law, and was in fact ridiculous. Party Poker was the only online poker company to actually pay this huge fine, and they didn’t care whether it made sense or not, which it did not.

So not only was Party Poker willing to play along here, one of the founders of Party pled guilty and traveled to the U.S. to face possible prosecution. They ended up settling the case by having Party pay a $300 million fine to them. The main reason behind this was the fact that Party Poker has much stricter ethical guidelines imposed upon them than other poker sites tend to have.

Many poker sites will tell you that they are regulated by this or that organization, which is usually just some offshore company that collects fees from them and don’t do a whole lot more than that. This does tend to create a perception of regulation though and also lulls players into thinking that their money is safe and that they will always be treated fairly, and have somewhere to go to protect them.

Millions of players have found out lately that, to their chagrin, this has not been the case at all. Hundreds of millions of dollars has either been lost by players outright or frozen with no recourse in sight. The only real protection here is one that is proactive, preventing these catastrophic events from occurring in the first place. Once they do happen, it’s too late really.

Aside from its higher ethical standards in general, Party Poker, as a publicly traded company and a member of the London Stock Exchange, is required to have all its dealings completely above board and not engage in any activity that has even the remotest smack of impropriety. For instance, when the UIGEA ruling went into effect, they had no choice but to exit the U.S. market.

This was also the reason they had to plead guilty to the charges that the U.S. government laid upon them, and travel there, risk several years of jail time, and pay an enormous $300 million fine, all for allegedly breaking a law in another country that their own court system declared invalid long before the charges were laid.

However, if a company is held to be responsible for something, then the rules that they operate under require that it be taken care of and resolved. Looking to sidestep this stuff, as some other poker rooms tried to do, was never an option for Party Poker. Taking any action that is the least bit shady is never an option in fact. All of Party Poker’s dealings are a matter of public record and fall under the highest of scrutiny.

As you are probably aware, the other three of the top four largest poker rooms in the world were finally defeated by U.S. authorities. One of them lost their life, and anyone who had money there simply lost it. A second has been mortally wounded, with hundreds of millions of dollars worth of players’ money being seized, and the poker room shut down, and at the time of this writing no one knows if anyone will get their money back. The third poker site suffered significant injuries but were able to keep their business open at least, but the potential problems from this attack are far from over.

So of the big four, only Party Poker survived without a scratch, since they are completely above reproach and are not doing anything to put their players’ money at risk in the first place. I had spoken about the importance of having your money at a secure site for the last few years, and few people listened. Well, they certainly are listening now, especially those playing for a living and going from making good money at poker to losing their entire bankroll and being left broke.

Many players in fact saw years of hard work go down the toilet in an instant, with some losing tens or hundreds of thousands of dollars, and some even losing millions. If they had listened to myself and a few others, they would have come out of this unaffected.

There’s Even More To It Than This Though 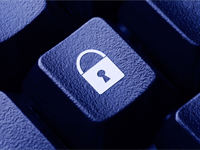 As you can see, there’s some real big issues that can arise here, like losing your entire life savings from a poker site not being safe enough. This isn’t the only issue though. For instance, there’s the issue of cheating, and a lot of poker sites say they are diligent here, but often the loss of revenue that’s involved in really looking to root out and ban a lot of players tempers their enthusiasm.

There have even been cases where the poker rooms themselves have cheated their own players out of millions. When a poker site is owned by just a few people, regulated by some small island somewhere where we may wonder if they really have much influence at all, and where everything is kept hidden from anyone, well what do you expect really?

In one case, where a poker site got exposed on 60 Minutes for cheating its players, people were then told that the owner of the poker room, who was held responsible, later sold the company and was no longer involved in the operations. A few years later, this poker room was one of the ones that was charged by the FBI, and they also indicted the owners of the particular poker rooms, and it came out that this gentleman had owned the poker room all along. So who can you trust really when you get your information from the people running the place and nothing is ever verified?

There’s also the matter of whether or not a poker site’s shuffle is truly random, or whether it is cooked up to benefit the poker room. Players have been suspicious about many poker rooms over the years, most of them in fact. The problem is that in many cases we do not know anything and just have to take a poker room’s word for it. This isn’t ideal for sure.

There’s No Comparison Between Party Poker And The Rest

Party Poker goes all out to ensure that it is the most ethical and trusted poker room in the world. While not all sites are bad in this area and a few deserve honorable mention here, Party Poker is clearly the leader in security and trustworthiness. Once again, having everything on the table rather than wondering what really goes on under the table is huge in itself.

Party Poker also uses the latest technology and has everything independently verified to ensure their players can play at their poker room with the utmost of confidence and trust in them. Party Poker is also a billion dollar company and your money is even safer with them than with a bank.

They also conduct every part of their business with the utmost of integrity and under the strictest of guidelines. Their owners aren’t a few people living in obscure locations, and often moving there to escape the authorities, they are owned by many shareholders, including a lot of regular folks like ourselves. Like everything else at Party Poker, they run their poker site like it should be run.